In Badan Litbang Diklat Kumdil MA RI (Agency of Research, Development, and Training Center for Law and Judiciary of the Indonesian Supreme Court) itself, he was a part of the family. Apart from being a Tutor Judge, he also served as an Official of Echelon III in Pusdiklat Teknis Peradilan (Judicial Technical Training Center).

This alumnus of the University of 17 August 1945 Surabaya, has served as the Head of the Law and Public Relations Bureau of the Indonesian Supreme Court since June 15, 2017, until recently. Abdullah has left a wife and three children.

Our deepest condolences go out to Dr. Abdullah. May Allah forgive and give him maghfirah. May his good deeds guide his way to Heaven. Rest in Peace.

Jakarta-Bldk.mahkamahagung.go.id Puslitbang Kumdil MA RI (Indonesian Supreme Court Center of Research and Development of Law and Judiciary) has mourned because one of its researchers dies. Mul Irawan has passed away in the city of Palu, Central Sulawesi, on Monday, October 12, 2020, at 7 a.m WITA.

Previously, he served as the Head of Sub-Section of General and Financial Affairs of the Samarinda Religious Court Class 1-A from January 2014 to December 2015. He further has joined in at Puslitbang Kumdil MA RI as a Researcher since 2016. His expert focuses on a realm of religious judicial.

He produced several pieces of research work while being a researcher, including a title with ‘Implementation of Small Claim Court in Settlement of Sharia Economic Cases in Religious Courts under the PERMA Number 14 of 2016’ and ‘Strengthening the Implementation of Syariah Court Authority in Resolving Jinayah Cases in Aceh.’ He directly coordinated both of these studies. Even until recently, he has also actively involved in research on ‘Enforcement of Sharia Economic Law’ together with the Head of Puslitbang Kumdil MA RI. His works are valuable and have a significant contribution to research on the religious judiciary.

As the Head of Puslitbang Kumdil MA RI, Hasbi Hasan feels great grieve for the passing of this talented researcher. “We have lost a researcher whose highly-dedicated, productive, sincerely hard-worked, honest, polite, and responsible,” said him when hearing the grief news.

Rest in Peace, Mul Irawan. Our deepest condolences go out to you. May Allah forgive you and take you to receive maghfirah. May his good deeds guide his way to Heaven. Rest in Peace. Amen. (Rewritten by AAs) 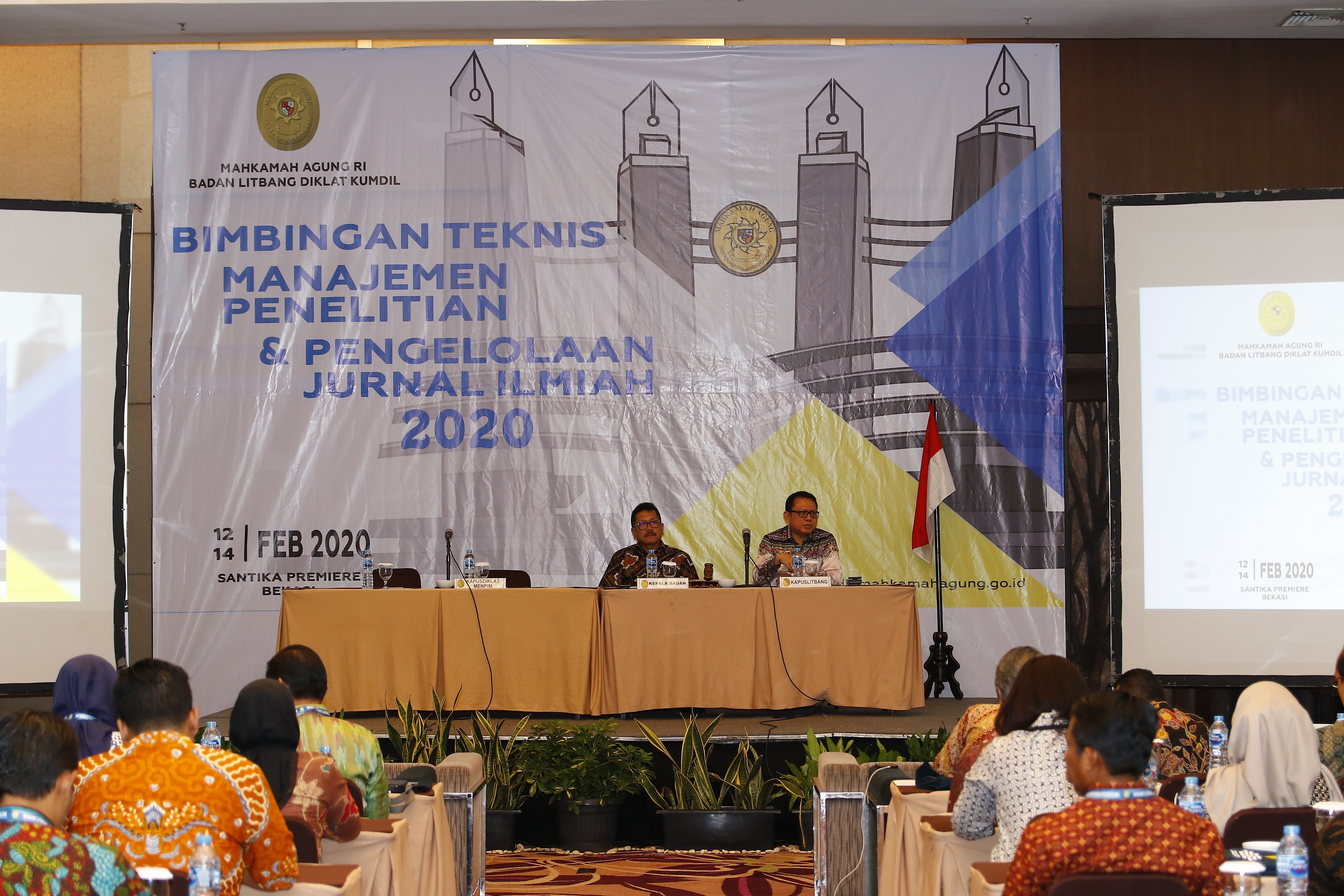 Research and Development Center for Law and Judiciary of the Supreme Court of the Republic of Indonesia held the routine event for three days before research undertook. The main objective of technical guidance of research and scientific journal organizing was to refresh old knowledge and transfer new knowledge to all research and development center’s human resources

Dr. Hasbi Hasan, MH, the head of Research and Development Center for Law and Judiciary of Supreme Court of the Republic of Indonesia said that this event was divided into two parts: they were about research management and journal organizing and writing

This event was attended by at least one hundred (100) participants consisting of High Court Judges, Justicial Judges, Researchers, and research data processor of the research in the Supreme Court’s jurisdiction.(JLD/edited_CCP) 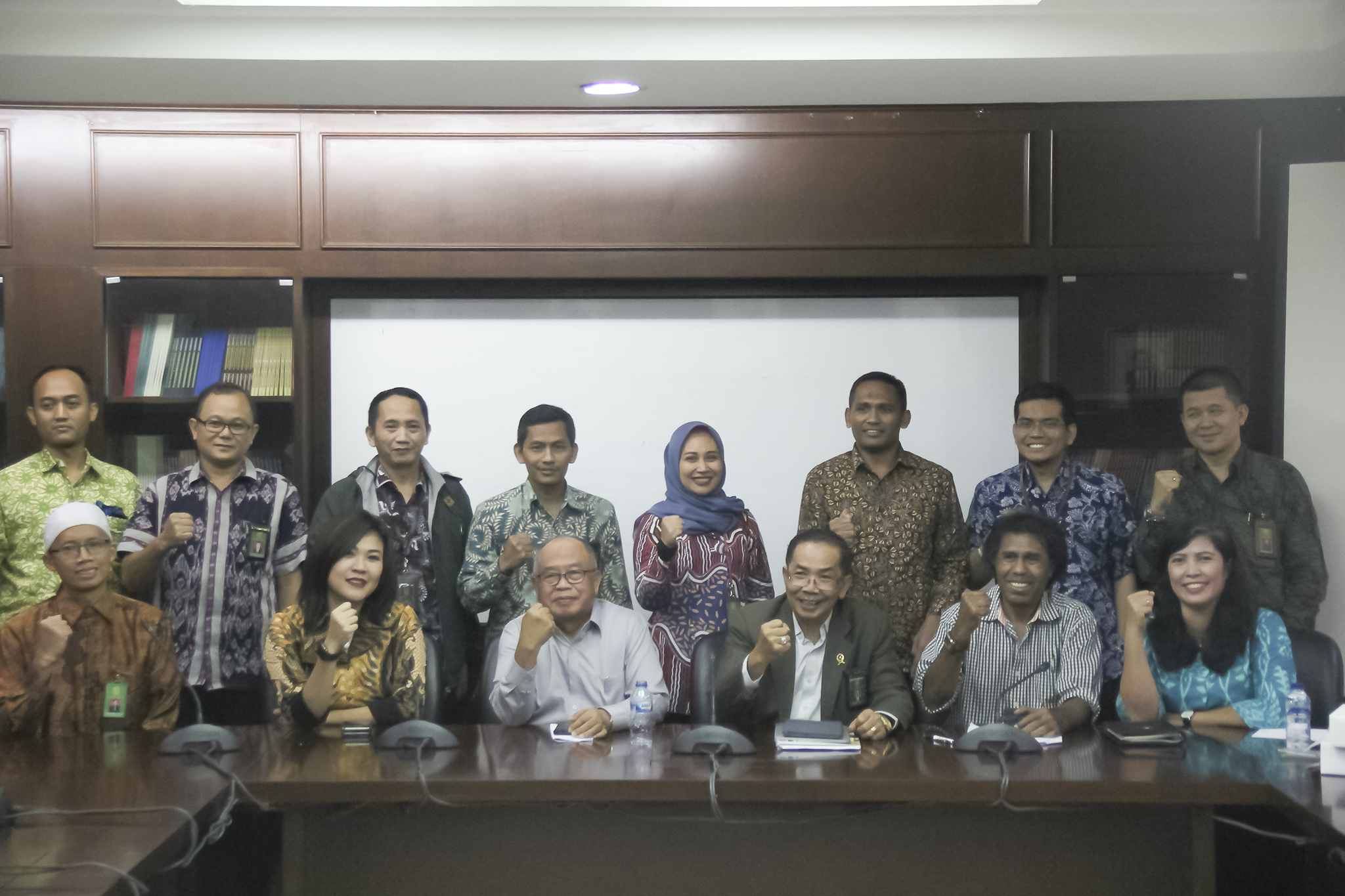 Starting his remark as the person in charge of the Research, the Head of Research and Development Center for Law and Judiciary  of the Republic of Indonesia Dr. Hasbi Hasan reiterated that the Research led by Cecep Mustafa, SH.,LLM, PhD was supposed to search and find the ideal position for Judicial Commission particularly the position of the head of Judicial Commission which could serve as the Chief Justice of the Republic of Indonesia. The position of the head of Judicial Commission simultaneously served as Chief Justice had been practised in the few countries such as Australia and other countries. According to Hasbi Hasan, this kind of position, in case of oversight and enforcing the Judges'code of ethics relating to maintain the dignity, prestige and authority of judges could run well and effective

The keynote speaker of Focus Group Discussion was Professor Dr. Zainal Arifien Husein, SH, MH (Professor of Muhammadiyah University’s Law Faculty Jakarta), simultanously joined as the Research team. He reiterated that this research was really exact to conduct as an effort to maintain and re-position the position and function of independent legal power as written in constitution to enforce the law and justice. There was no commission in the world could be guaranteed in the Constitution as the institution of legal power. Therefore,any actions aiming at eroding of legal power needed to be questioned.

This case strengthened Dr. Binsar Gultom’s argumentation that Judicial Commission had not understood and misled to conduct the function and duty to maintain the dignity and prestige of the Judges. Dr. Binsar had experienced other cases which triggered him to file the Judicial Review to Constitutional Court as well as to State Administrative Court. Therefore, this research was important to give input to reconstruct the position and function of Judicial Commission as refer to the Constitution of 1945 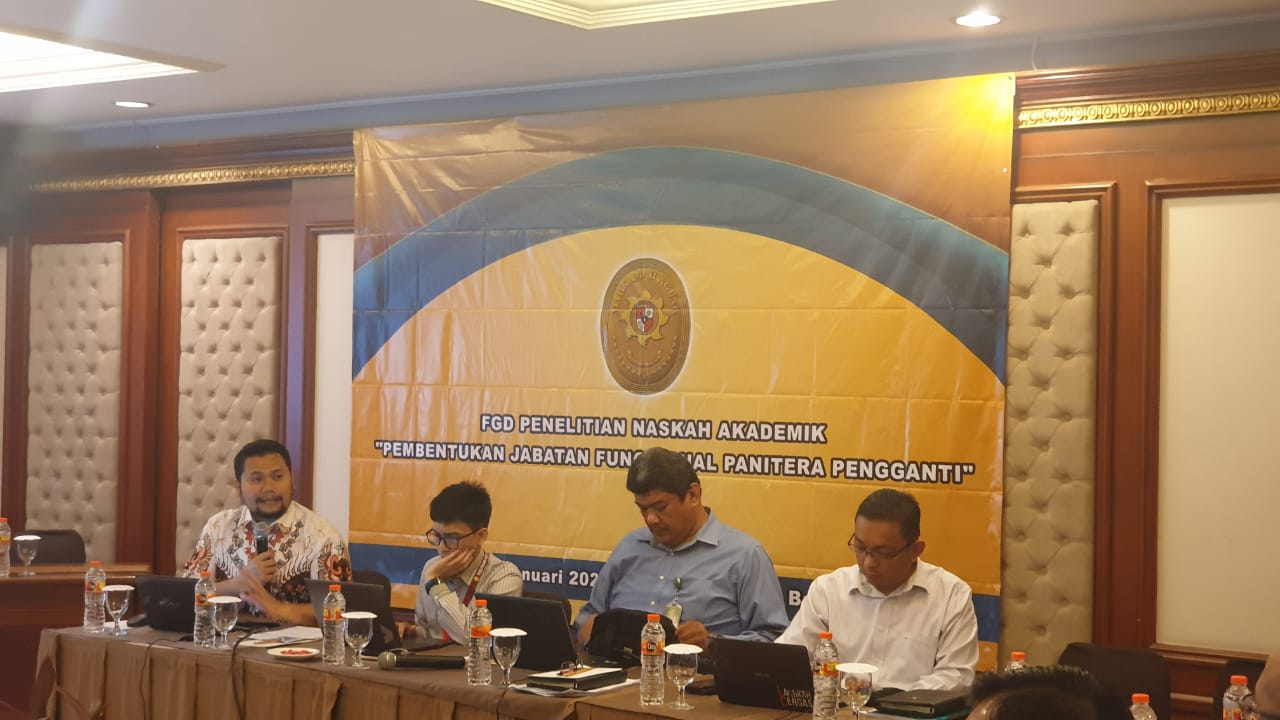 Budi Suhariyanto reiterated that the Research Team was assigned by the top leaders of Supreme Court to establish the Academic Draft of Substitute Registrar’s Functional Official to become the Regulation of Ministry of Administrative and Bureaucratic Reform in short period. This research was targeted by the top leaders to accomplish the research before the end of June 2020. The turning of the official to the functional official of substitute registrar had to be clear of the function of their expert.